When the Trudeau government agreed to a revised North American free trade deal, the Americans said Canada also agreed to something else: joining Donald Trump’s trade war on China.

“There is a trade coalition of the willing that is going to fix a lot of broke areas of international trade [by] getting on the same page and cooperating. And that coalition will stand up to China.”

The White House is fixated on Chinese trade practices as the root of America’s economic ills.

But until recently, many officials in Canada might have said their biggest problem with Chinese trade is that there’s not enough of it, given Canada’s need to seek paths to economic growth beyond the U.S.

As the U.S.–China tariff war escalated, Canada might have preferred to stay neutral. But once the Trump administration stopped exempting Canada from steel and aluminum tariffs, then threatened more tariffs on cars, the Trudeau government had to pick a side.

Even a charitable reading of what Canada accomplished in the renegotiation of the North American Free Trade Agreement suggests these tariffs worked as leverage for the Americans.

For Canada, it was better to be inside an American tariff wall than outside. But even as it continues to demand the removal of “national security” tariffs on principle, Canada’s signature on this text helps normalize such tariffs as a legitimate trade tool.

Finance Minister Bill Morneau’s announcement Thursday of “emergency safeguards” imposed on foreign steel imports is another signal that Canada has signed on to the cause.

Yes, more 25 per cent steel tariffs could increase costs for secondary manufacturers in Canada. But when faced with U.S. demands to crack down on ‘transshipments’ — exports that use a third country like Canada as a trading way-station before moving on to the United States — did Morneau have any choice? 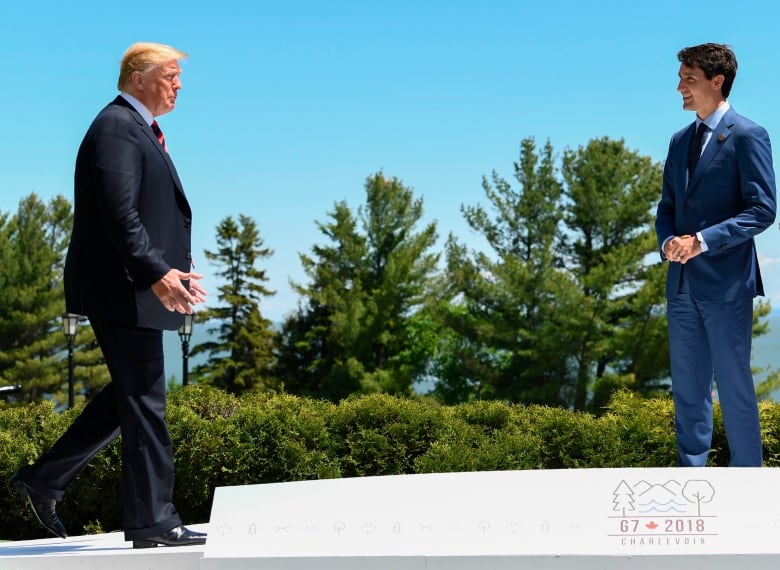 When Prime Minister Justin Trudeau hosted President Trump at the G7 Summit last June, trade tensions were peaking between the two countries, with Canada about to be hit with unprecedented steel and aluminum tariffs. (Saul Loeb/AFP/Getty Images)

Canada and Mexico concluded they couldn’t beat ’em, so they joined ’em. South Korea made a similar call when it agreed to revise its bilateral trade deal with the U.S. and accept quotas on its steel exports.

Others may follow. Kudlow said if U.S. talks are successful, the European Union and Japan will be the next recruits for this coalition to fight China’s theft of intellectual property, currency manipulation and unfair trade barriers.

“While I can debate some of Trump’s tactics, the fact that he is willing to address this I think is very important,” Harper said.

Canada as a ‘vassal state’

Negotiating an integrated trading relationship with both the U.S. and China now seems impossible.

The text of the USMCA lays it bare — in big ways (automotive rules of origin designed to shut China out), smaller ways (dairy export restrictions designed to choke foreign investment in Canada’s supply-managed dairy sector) and outright threats like Article 32.10, America’s custom-built ejection seat, which allows it to dissolve the deal with six months’ notice if Canada or Mexico negotiates a bilateral trade deal with a “non-market economy” (read: China) without Uncle Sam’s blessing.

“The current government was so desperate for a deal that we now have to ask Washington for permission to negotiate free trade with certain countries. Article 32 makes us a vassal state,” said Conservative MP Michael Chong.

The Trudeau government responds to this criticism by noting the U.S. already has the ability to withdraw from NAFTA with six months’ notice for any reason. The message: Relax, nothing’s changed.

But the new notification requirements — effectively a duty to consult, if not a total veto — for talks with a non-market economy (NME) go beyond what’s normal in a regional trade deal.

NME is a self-defining term in this agreement. It means whatever the U.S. says it does, but it most certainly describes China in today’s context. 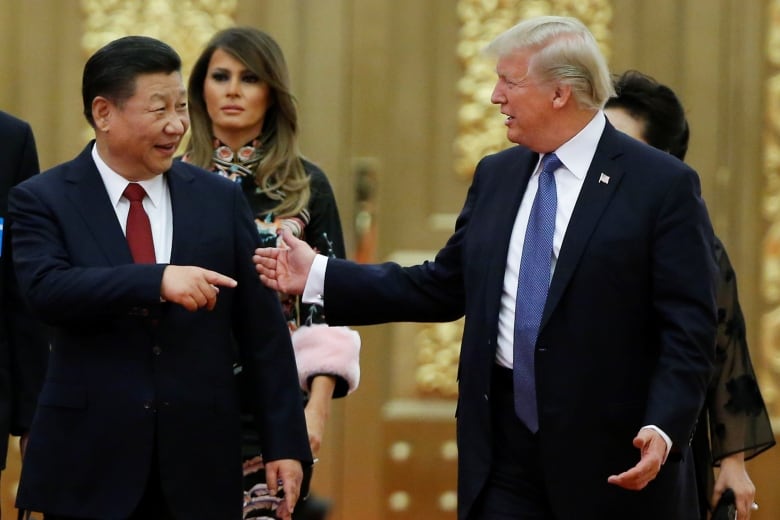 China’s President Xi Jinping hosted Trump at a state dinner last November in Beijing. Since then, an escalating tariff war has broken out between the two countries, with neither side showing any sign of backing down. (Thomas Peter/Reuters)

“Article 32.10 of the USMCA represents a novel and unprecedented approach,” he said. And reiterating the six-month notice language in this part of the text is “particularly extraordinary.”

The Trump administration appears fixated on the risk of Chinese imports slipping in through a back door opened by lax Canadian or Mexican rules.

“There is the persistent danger that a country could use a trading partner to circumvent tariffs,” Wu said. “Those risks increase when countries conclude free trade agreements that allow for deeper integration of their economies.

“This provision is aimed at future-proofing the USMCA against such risk.”

And USMCA now sets a precedent: “People can come to understand that this is one of your prerequisites to make a deal,” Ross said.

The practical implications may not be all that drastic.

Hypothetical trade talks with China would be unlikely to conclude during the Trump presidency anyway.

“It would be a long burn,” Moore said on CBC News Network’s Power & Politics. A deal far less comprehensive than what Canada’s been contemplating with China took Australia ten years to complete.

“Canada can still continue to negotiate,” she said. “In any relationship, you give up sovereignty.” 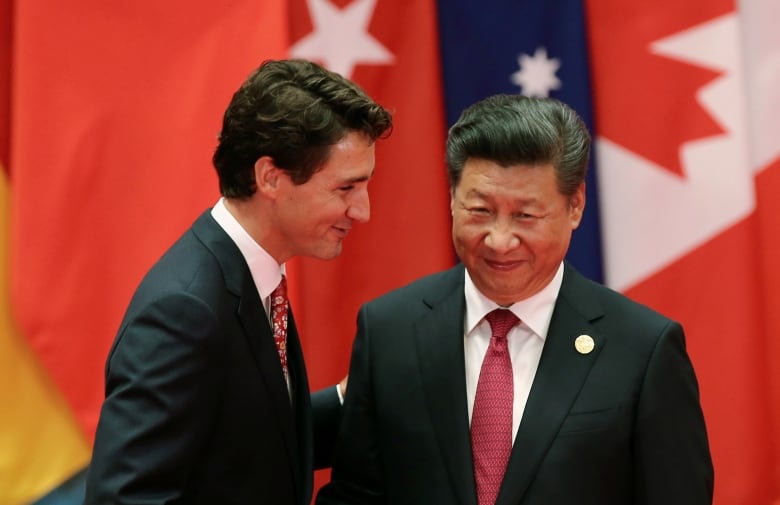 Trudeau’s efforts to launch comprehensive trade talks with China were coming up short even before the new USMCA terms were revealed. (Damir Sagolj/Reuters)

But the U.S. has more leverage now. “It’s holding Canada’s feet to the fire,” Aaronson said. Still, she added, “it’s not bullying of Canada. I think it’s bullying of China.”

In doing so, she said, “I think the United States is becoming more like China.” In other words, the U.S. is pushing for managed trade, not free trade, on everything from wages to regulations.

“This unyielding nation suffered foreign bullying for many times in history, but never succumbed to it,” Chinese Commerce Minister Zhong Shan told Bloomberg News. “The U.S. should not underestimate China’s resolve and will.”

In a report released this week by the Public Policy Forum, authors Ed Greenspon and Kevin Lynch suggest that even before the USMCA, long-term comprehensive trade talks with China weren’t the best approach: they take too long and tend to trip over any number of changing political and economic circumstances.

Instead, they suggest pursuing incremental gains through “sectoral agreements” — starting with agriculture, food and other natural resources, and then moving on to areas like tourism and education, where there’s a demonstrated demand for Canadian goods and services, especially for China’s growing middle class.

An agreement to cut tariffs on China would be blocked by the Americans. But non-tariff issues — like burdensome regulations, for example — “are increasingly more of an issue to a businessperson than the tariff itself,” Lynch said.