Azerbaijan, Armenia on war footing after casualties in heavy fighting

Boeing is launching a public relations campaign over the airwaves and online just as Prime Minister Justin Trudeau sits down with U.S. President Donald Trump to talk trade in Washington.

The U.S. aerospace giant embarked Tuesday on what it calls an “intensive multimedia campaign” to remind the Canadian public, as well as business and political leaders, of its contribution to Canada’s economy.

The public relations offensive comes in the wake of recent proposals from the U.S. Department of Commerce to impose import duties of almost 300 per cent on Montreal-based Bombardier’s CSeries jets, which Boeing alleges are highly subsided and being sold into the American market at cut-rate prices. 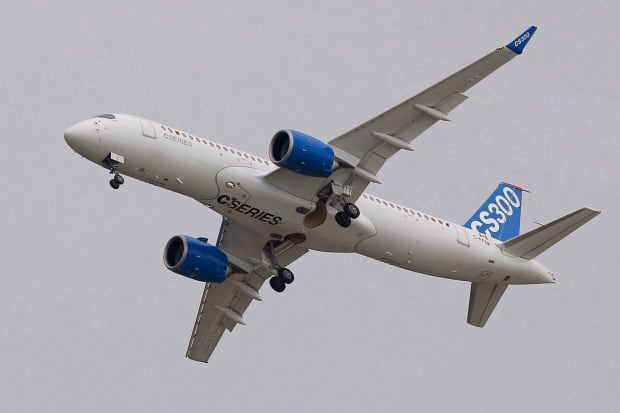 The Bombardier CS300 performs a demonstration flight during the Paris Air Show in 2015. The U.S. Department of Commerce has signalled its intent to impose import duties of 300 per cent on CSeries jets. (Francois Mori/Canadian Press)

Both Canada and Britain, which has a Bombardier plant in Northern Ireland, have threatened to retaliate by excluding the Chicago-based company from future defence contracts.

In its ad campaign, launched Tuesday, Boeing said it contributes $4 billion annually to the Canadian economy.

Boeing said it employs 2,000 people directly and buys equipment and services from 560 Canadian suppliers, with an additional 17,500 jobs supported through that supplier network.

Part of the Liberal government’s strategy to convince Boeing to back down has involved reminding U.S. lawmakers in Washington about the number of American jobs dependent on Bombardier.

Canada has threatened to cancel its planned sole-source purchase of 18 Super Hornet jet fighters, which are built at Boeing’s military division in St. Louis.

At one point last month, Trudeau picked up the phone to talk with the governor of Missouri about the economic cost of pulling the plug on the proposal. 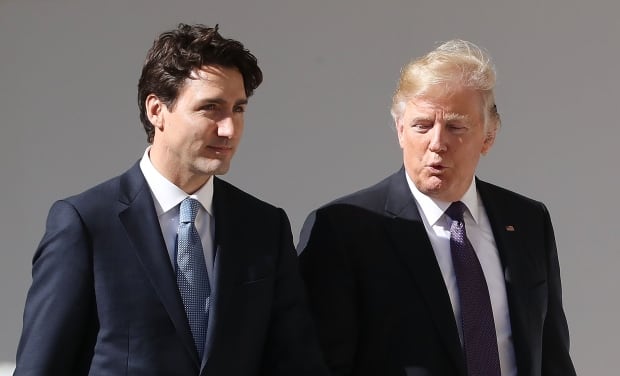 The Boeing-Bombardier spat is likely to be one of the issues raised when Prime Minister Justin Trudeau meets with U.S. President Donald Trump Wednesday in Washington, D.C. (Mark Wilson/Getty Images)

“What we accomplish together benefits Canada and the entire global aerospace industry,” she said. “It is a compelling story that is overdue to be told.”

Renegotiation of the North American Free Trade Agreement is the main topic of his visit, but the mood is glum, partly because of the Bombardier spat.

A final decision on tariffs against Bombardier is expected early next year.

New York (TheStreet).  There is market-moving power in a tweet. Take the fake tweet on Tuesday that sent markets into...