Yankees focused on bullpen game as ALCS goes back to Houston

July 1 is Bobby Bonilla Day: Why the Mets are still on the hook for $1.19 million until he’s 72 years old

Dombrowski, who refused to give his reasons for firing Farrell, said he prefers a manager who has had some experience on a big league coaching staff or some managerial experience at some level.

He wants to hire someone who communicates well with everyone, including trainers and media.

“Probably here, I think your ability to deal with the media probably weighs more than I would say in Detroit,” Dombrowski said. 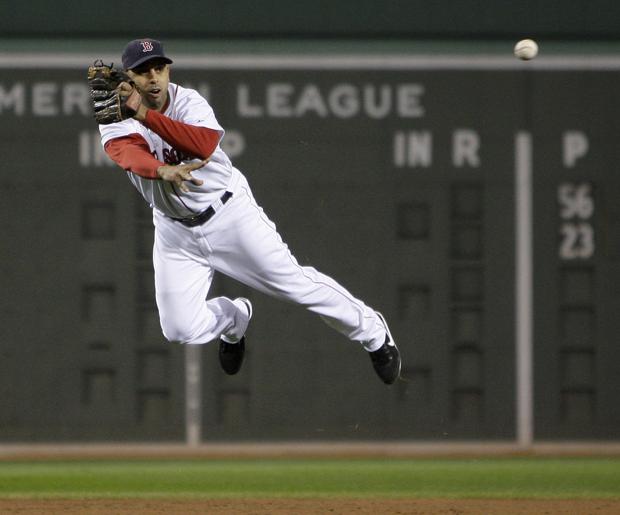 Alex Cora, a utility infielder for the Red Sox from 2005-08, is considered a top major league managerial candidate this offseason. He could receive interviews with multiple teams in pursuit of a new skipper.

The 41-year-old Cora has served as a Winter Ball manager in Puerto Rico. Rusney Castillo has played for him.

He spent 2017 serving as Astros bench coach under manager A.J. Hinch. It marked his first year on a major league coaching staff.

“His first year of coaching has gone well given his ability to connect with players and given his baseball intellect,” Hinch said recently. “He’s very sharp, sees the game in an extraordinarily deep way, has really connected well with players in our clubhouse and spent a lot of time developing relationships and being the bench coach liaison to the clubhouse that I asked him to be.

“I think he’s grown and I think that’s key because it’s not easy to just, no matter how long your career, to jump into a coaching role. Trust me, I know how things can go when you jump right into a job, it’s not easy.

“For him to be able to learn, to grow, to evolve, become a better coach, continued to learner of the game. Those are characteristics as to why he is a hot name in every opening that’s coming up so far this offseason or this postseason and why one day he’s going to manage, whether it’s now or later.” 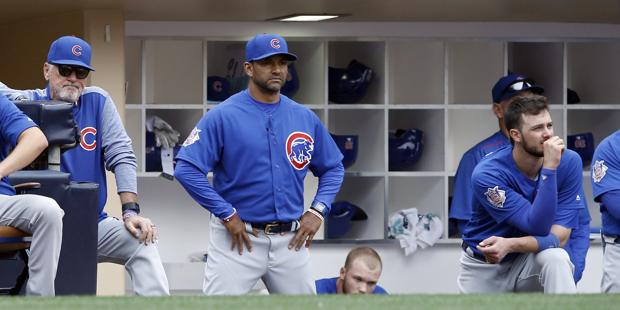 The 53-year-old served as Rays bench coach under manager Maddon from 2008-14 before following the skipper to Chicago.

Martinez, who played 16 years in the majors, has interviewed for several managerial openings over the past five years but has yet to be hired.

“It’s baffling to me a bit why (Martinez isn’t considered) more often,” Maddon said, per The Chicago Tribune. “He’s been around a lot of winning teams here, and not only that, him as a player, that’s what drew me to him a bit with the Rays. I never had been with him as a teammate but watched him play. He was such a heady, aggressive, gritty kind of player and bilingual. All that matters. He’s not afraid to have tough conversations a lot of times people in that position may shy away from.” 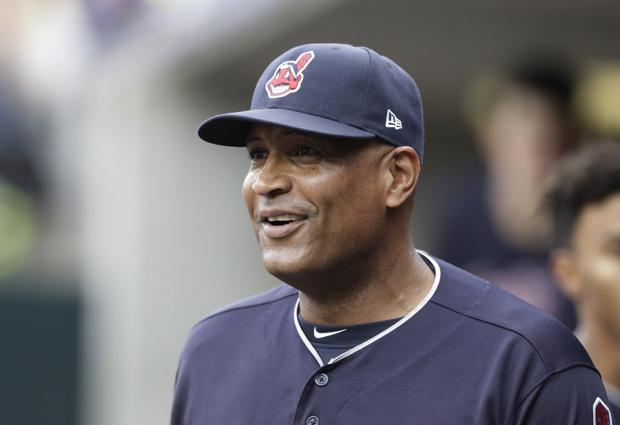 Sandy Alomar Jr. interviewed with former GM Ben Cherington for the Red Sox managerial opening during the 2011-12 offseason when Bobby Valentine was hired.

The 51-year-old ex-catcher — who spent 20 years playing in the majors — is a member of Terry Francona’s Indians coaching staff. He serves as first base coach and instructs the catchers.

He joined the Indians coaching staff 2010 and continued there after Francona’s hire Oct. 8, 2012.

He served as bench coach in both 2012 and ’13. He was interim manager for six games at the end of the 2012 season after the Indians fired Manny Acta. 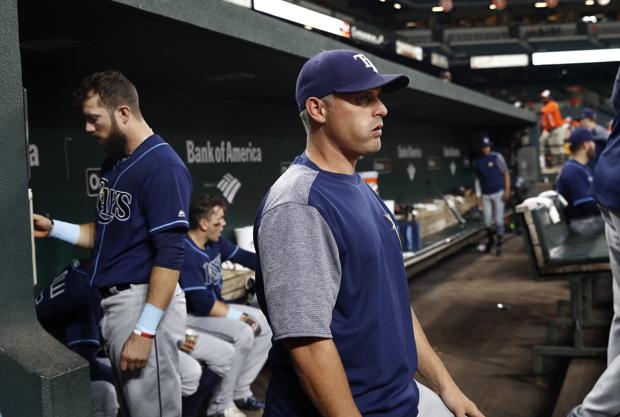 Why not Kevin Cash, the Rays manager?

Cash — a former big league catcher who played for Boston in 2007 and 2008 — remains under contract with the Rays.

But the Red Sox found a way to get their man (John Farrell) following 2012 despite him being under contract with the Blue Jays. The Red Sox traded Mike Aviles to Toronto.

Trade a player and get an experienced manager (Cash or perhaps someone else).

Of course it’s not as simple as a trade. The manager also would need to want to manage here.