The Dancing With the Stars champ celebrated with a sweet party attended by friends and family, including both her parents and little sisters Tallulah, 24, and Scout, 27. Tallulah took to Instagram to share adorable photo booth pics of herself with Moore and Willis in front of a playful pink background. The actors sandwich their youngest daughter in the snap, with Willis leaning in to give her a kiss on the forehead.

A video posted by Rumer’s friend, Steph Matson Torres, shows that Willis in particular had a big part in his daughter’s special day. He was right by her side as the guests sang “Happy Birthday.” 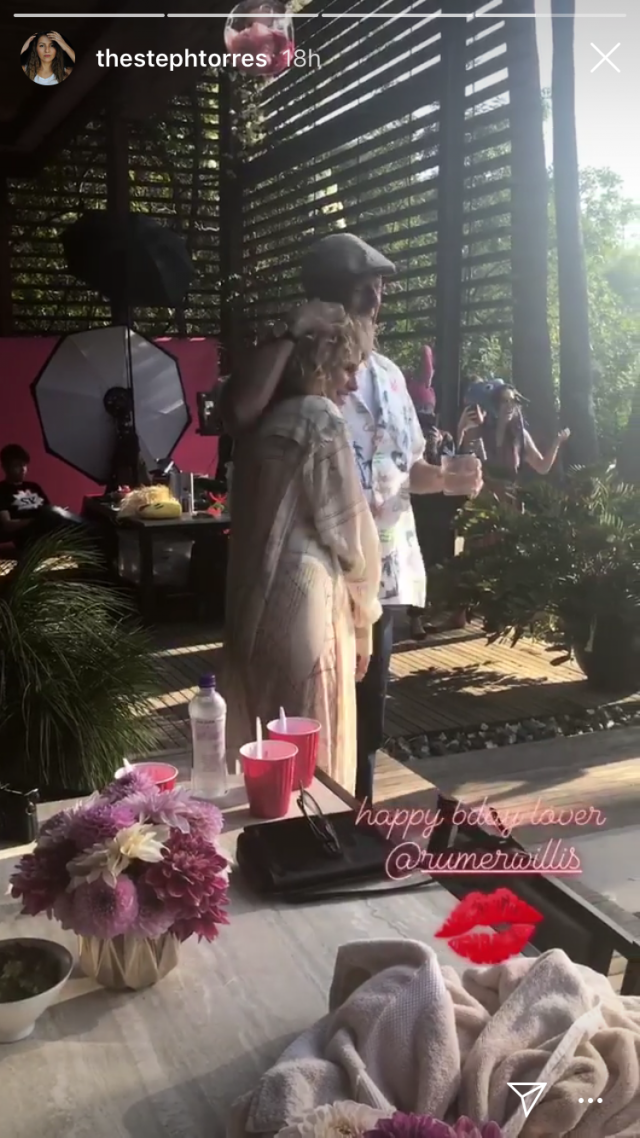 The night before Rumer’s party, Willis enjoyed a nice dinner with his three daughters. “Just before we took this photo my dad said, ‘hurry up, I have to fart,'” Scout hilariously captioned a slideshow of pics taken outside the restaurant.

Just before we took this photo my dad said, “hurry up, I have to fart”

Rumer, Scout and Tallulah also spent time with their dad at Comedy Central’s Roast of Bruce Willis last month — where Moore made a surprise appearance to throw a few playful jabs her ex’s way.

“Bruce is super generous. When our daughter Rumer was a baby and it was his turn to change the diaper in the middle of the night, he would lean over and whisper to me, ‘I’ll give you a thousand dollars right now if you change that diaper,'” she joked on stage.

“Scout asked me not to say anything, but just last week he offered her a thousand dollars to change his diaper,” she added. “Some things never change.”

Friday storm knocks out power for thousands in North Jersey