Scott Free sensed something was wrong in June when he stopped seeing his neighbor Brian Egg walk the dog and water the plants outside his home on a narrow street in San Francisco’s South of Market neighborhood.

He grew suspicious when two strangers began answering Egg’s door at 228 Clara St., and he called police to check on Egg’s well-being in July. The men told the officers that the 65-year-old homeowner had gone on vacation, Free said.

So weeks later, on Aug. 15, when Free saw a private crime-scene cleanup crew show up outside Egg’s home, he envisioned the worst — and called 911. This time, police came with cadaver dogs and made a gruesome discovery. Inside Egg’s home was a headless corpse in a fish tank, according to several sources with knowledge of the investigation. Egg remains missing, and police are trying to determine if the body is his.

“It’s horrifying,” Free said, standing outside Egg’s home on Monday. “A dead body was in the house this entire time.”

The San Francisco Medical Examiner is working to determine the cause and manner of death, sources said. But because the body is in an advanced state of decomposition, even the sex is not clear. 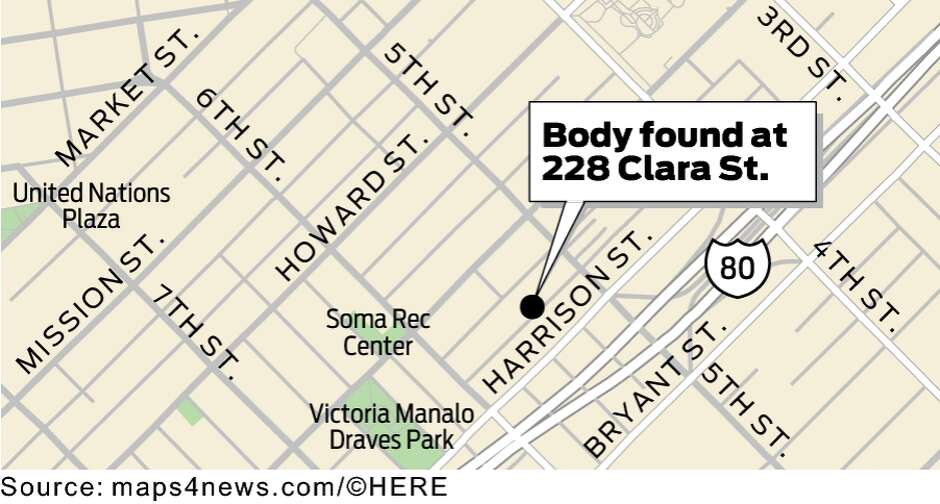 Police officials would not confirm the details of the case, calling it a “missing persons investigation.”

“We have recovered remains during the investigation, and we are awaiting the autopsy report,” said David Stevenson, a spokesman for the San Francisco Police Department. “An open and active investigation continues regarding the missing person.”

Sources said police have arrested Lance Silva in connection with the missing person case. Silva, 39, was arrested Aug. 16 on suspicion of fraud, theft from an elder, grand theft and motor vehicle theft, according to jail records. He was transferred to Santa Rita Jail on Friday for an outstanding case in Alameda County.

No homicide charges have been filed in connection with the Clara Street body.

Free said he was close with Egg and rented a unit in Egg’s building for a short period nearly two decades ago. Egg, he said, lives by humble means and never travels.

“He was kind of fringe,” Free said. “He had no job and lived on the margins. He was eccentric. A vacation seemed very implausible.”

Egg bought his home in the 1970s, and was a bartender at a famous San Francisco gay bar the Stud in the 1980s, friends said. In more recent years, he has not had steady employment, Free said.

He said Egg often has “drifters” stay with him at his home. Around the time he went missing, Free said two unidentified men were living at the home, coming and going and doing work outside.

After police did the welfare check and were told Egg was on vacation, the men in Egg’s home began “frantically cleaning” around the property, said Free and another witness, Carlo Poladian.

Poladian, 56, a maintenance manager at Astronomical Tours, a business with a warehouse across from Egg’s home, said he used to see Egg nearly every day walking to get free lunches at St. Anthony’s Dining Room in the Tenderloin. Poladian said that after Egg went missing, a man in his early 30s began “pretending he was house sitting.”

“When I confronted him, he said Egg was on a trip to Europe,” he said.

After police did the wellness check, Poladian said, the man began bleaching the outside of the home, painted the front door, and loaded up his car and took off.

Egg’s older brother, Devon Egg, lives in Florida and has been very concerned since his brother went missing but said he could not discuss the particulars of the case.

“I haven’t heard from him,” the brother said. “It’s not like Brian. Initially, I didn’t think too much about it, but it’s been a while.”