“Indivisible is ultra-slick leftist astroturf activism at its finest..”

Democrats who used to work on Capitol Hill are helping to disrupt Republican lawmakers’ town hall meetings across the country through a nationwide effort to oppose and “resist” President Donald Trump’s agenda.

They call their group Indivisible Guide, a name that came from an actual guide posted online telling activists how to pressure members of Congress. Among topics: what to say when going to town halls and calling or visiting a member’s office.

Leaders of the organization have loose ties to George Soros, the billionaire hedge fund manager who bankrolls liberal causes, according to the Capital Research Center, a conservative think tank that investigates nonprofits.

However, in an email Friday to The Daily Signal, board members of Indivisible Guide denied financial backing from Soros:

We have received donations from more than 4,000 people since putting a donate button on our site two weeks ago. We think George Soros funds many worthy programs, but he has not funded us. We understand why it’s convenient for Republicans to dismiss widespread popular disapproval as astroturf, but anyone looking at the numbers for the Women’s March and other recent events knows better. 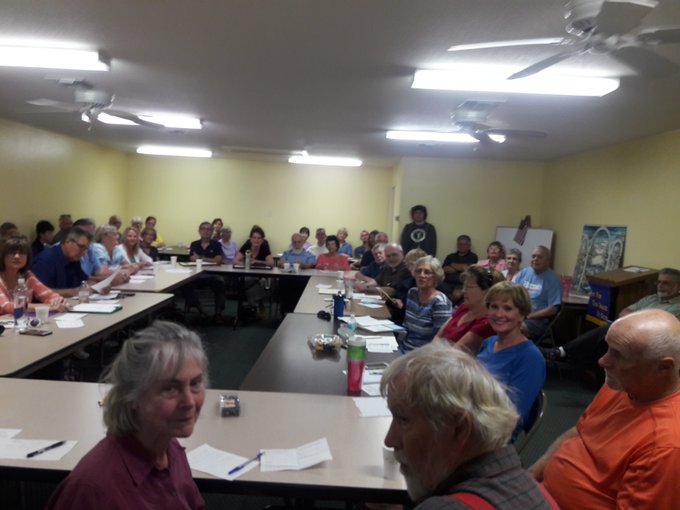 The Capital Research Center argues that Indivisible Guide’s board has indirect ties with left-leaning groups funded by Soros, as well as with other liberal organizations.

“Indivisible is ultra-slick leftist astroturf activism at its finest,” Matthew Vadum, senior vice president at the Capital Research Center, told The Daily Signal in an email. “At least three of the group’s five principals—Ezra Levin, Leah Greenberg, and Angel Padilla—have ties to organizations funded by George Soros. Indivisible is apparently not yet a nonprofit, but plans are in the works to register it as a nonprofit.”

Ezra Levin, a former staffer for Rep. Lloyd Doggett, D-Texas, and his wife, Leah Greenberg, are the president and vice president of the Indivisible Guide’s board, respectively.

Levin is also associate director of the Corporation for Enterprise Development, an anti-poverty nonprofit. Melissa Bradley, who sits on that group’s board, previously worked for Green for All, a group founded by liberal commentator and former Obama administration official Van Jones. She was appointed as a Soros Justice Fellow through the Open Society Foundations, which Soros founded.

The secretary of Indivisible Guide, Angel Padilla, works for the National Immigration Law Center, which is funded by Soros through his Open Society Foundations. And treasurer Matt Traidi is the research team director for the Service Employees International Union, a major donor to and endorser of Democrat politicians, Capital Research Center notes. 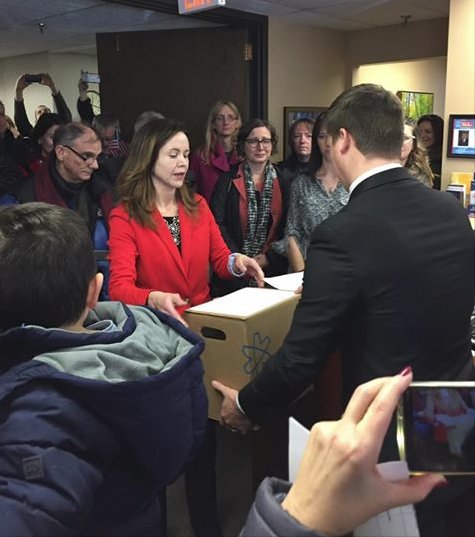 Indivisible Guide boasts that it has disrupted town halls held by Republican lawmakers in Utah, California, Pennsylvania, Indiana, Michigan, and Nebraska. And the group, which amplifies its message over Twitter and other social media, promises it isn’t finished.

One CNN report presented the disruption of a town hall meeting held Thursday night by Rep. Jason Chaffetz, R-Utah, as a sign of a “grassroots” reaction to Trump such as the taxpayer-based tea party movement was against the Washington establishment:

As former congressional staffers and advocates, we want to help provide local activists with information, tools, and support to take action. Most of all we want you to be part of this nationwide movement.

Let us be clear: donating is the last thing we want you to do. If it’s a choice between going to your local group’s meeting or donating to us, please go to the meeting. Really.

The website of Indivisible Guide, also known simply as Indivisible, provides scripts for what activists should say when calling the office of their House or Senate members on various issues—among them opposing senior Trump adviser Steve Bannon’s role in the White House, Trump’s nomination of Neil Gorsuch to the Supreme Court, his refugee policy, and most other policy positions.

More than 4,500 local groups have signed up to resist the Trump agenda in nearly every congressional district in the country. What’s more, you all are putting the guide into action—showing up en masse to congressional district offices and events, and flooding the congressional phone lines. You’re resisting—and it’s working. … we want to demystify the heck out of Congress and build a vibrant community of angelic troublemakers.

Indivisible did another call with the ACLU focusing on Trump’s executive order aimed at increasing the vetting of immigrants from seven terrorism-prone Middle Eastern countries; it drew about 35,000 listeners.

MoveOn.org is conducting “Resist Trump” rallies across the country. The ACLU issued pamphlets about how to demonstrate, including for protesters who attempted to disrupt Washington during Trump’s inauguration.

In running for the Democratic presidential nomination, Sen. Bernie Sanders, I-Vt., called the Working Families Party “the closest thing there is to a political party that believes in my vision of democratic socialism.”