Azerbaijan, Armenia on war footing after casualties in heavy fighting

Xherdan Shaqiri responded by saying “it’s just emotion” when he was questioned about the way he celebrated his late winner in Switzerland’s 2-1 victory over Serbia.

Stoke winger Shaqiri and Arsenal midfielder Granit Xhaka, who netted Switzerland’s equaliser in the World Cup Group E contest in Kaliningrad, each celebrated their goals by making a gesture with their hands that was an apparent nod to the Albanian flag.

Both are among the players in the Switzerland team who have links to Kosovo – Shaqiri wears boots with the Kosovo flag displayed on one heel and the Swiss one on the other.

President Trump says US ‘Must be Paid More’ to Defend Germany

When asked about the way he had celebrated, Shaqiri said in a post-match press conference streamed on FIFA’s website: “I think in football you have always emotions.

“You can see what I did and I think it’s just emotion. I’m very happy to score this goal. It’s not more. I think we don’t have to speak about this now.” 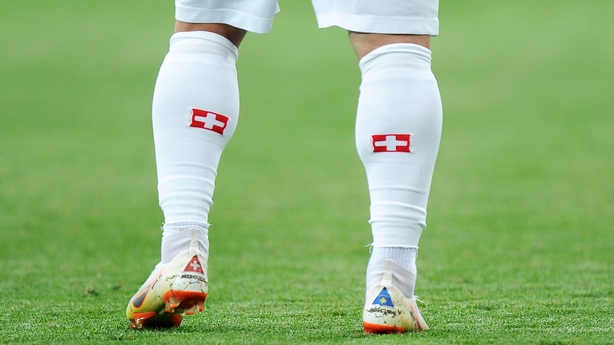 When Switzerland boss Vladimir Petkovic was questioned about the gestures, he said: “I can only repeat what I already said yesterday – you should never mix politics and football.

“It’s clear that emotions show up and that’s how things happen. I think we all together need to steer away from politics in football and we should focus on this sport as a beautiful game and something that brings people together.

“I think we should not talk that much about politics but show our mettle on the pitch.”

Serbia boss Mladen Krstajic said when asked if he had any comment to make about the celebrations: “I don’t have any comment. I don’t deal with these things. I am a man of sports and this is what I am going to stay. I have no comment.”

Having fallen behind in the fifth minute via Aleksandar Mitrovic’s header, Petkovic’s men drew level in the 52nd minute when Shaqiri’s shot was blocked and Xhaka blasted the loose ball into the net.

Shaqiri, who sent a fine effort against the post shortly after the equaliser, then completed the turnaround in the 90th minute as a Swiss counter-attack saw him receive the ball from substitute Mario Gavranovic, burst forward and slot coolly past Vladimir Stojkovic.

Newcastle striker Mitrovic, so impressive on loan at Fulham last season, was aggrieved that Serbia were not awarded a penalty in the 66th minute after he was caught in a tangle with Stephan Lichtsteiner and Fabian Schar.

Switzerland are up into second place in the group, level on four points from two games with Brazil. Serbia are a point behind in third, with pointless fourth-placed Costa Rica eliminated after their 2-0 loss to the Brazilians earlier on Friday.

Petkovic, whose side came from behind to draw 1-1 with Brazil on Sunday, said: “What is important is we have developed a winning mentality. Even if we are down, we try to be positive and win each game. We always find a reaction and this is a positive characteristic of our team.”

Krstajic said of the second-half incident involving Mitrovic: “Whether this was a penalty or not, that is something I won’t comment on.”

He added: “We’re in a situation where we need a win against Brazil and we will focus and do whatever we can to try to win. Nothing is impossible in life.

LAY IT ON THEM Arsenal eye £5.5million swoop for Mexico star Miguel Layun from Porto

New York (TheStreet).  There is market-moving power in a tweet. Take the fake tweet on Tuesday that sent markets into...