An undercover agent working with police in East Jerusalem recently led to the arrest of 22 alleged weapons dealers and the capture of a large cache of weapons — including dozens of bombs and guns — police said on Monday.

The agent’s activities in East Jerusalem and the West Bank spanned six months, during which he established a rapport with the suspects and gained their trust while gathering evidence against them, police said.

Some of the suspects are known to be operatives in terror organizations, and several have served prison sentences in Israeli jails. One is a Palestinian policeman. 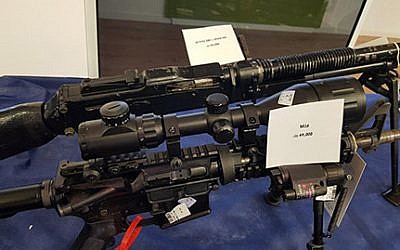 Police said several of the recovered handguns had been stolen from the  homes of their owners.