The National Weather Service is warning of the potential of thunderstorms across Western Oregon and Southwest Washington on Wednesday afternoon.

Storm cells started developing in the Portland metro area about 9:30 p.m. There’s a chance of hail and heavy showers in some areas like Beaverton, Hillsboro, Oregon City and Lake Oswego.

Greater Boston area could be hit the hardest during winter storm

931pm: Multiple cells now developing east of I-5, with some embedded lightning. Also one developing in the Farmington area in Washington County. We’ve already received a few reports of #thunder in these areas. #pdxtst #orwx pic.twitter.com/ueBJzpyGEQ

Forecasters reported storm cells developing about 6:45 p.m. in the Columbia River Gorge near Stevenson and Mount Defiance. Earlier in the evening, the NWS issued a Severe Thunderstorm Warning for Linn County through 5:45 p.m.

Multiple storms packing gusty winds, heavy rain and hail are moving through the metro area throughout the evening, and will last overnight, though the major storm will be over around 9 p.m.

Highway 242 (the Old McKenzie Highway) was closed down at both ends after mud washed over the road following the thunderstorms. 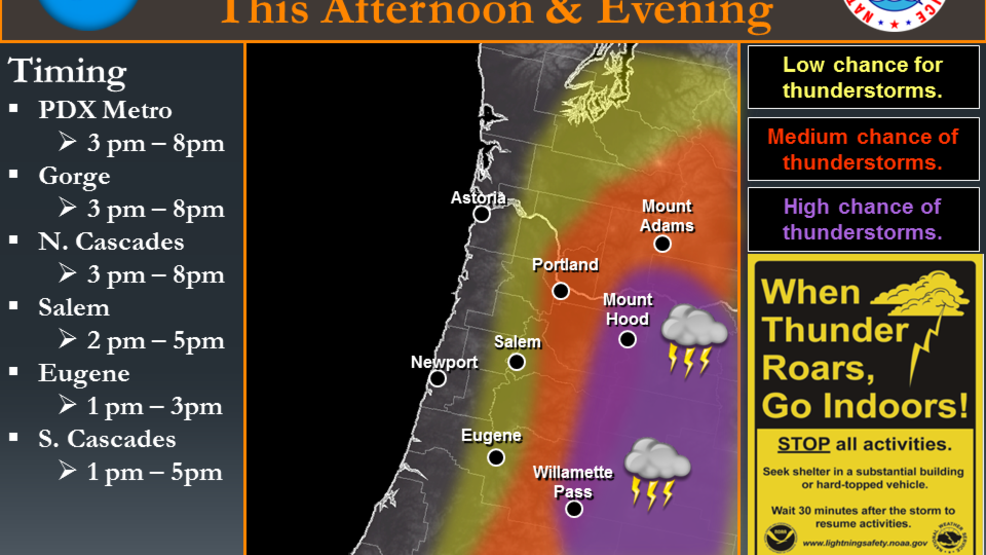 645 PM | Thunderstorms are developing in the Columbia River Gorge near Stevenson & Mt Defiance. Move indoors or even inside a car until the storms dissipate #wawx #orwx pic.twitter.com/v18MFge91E